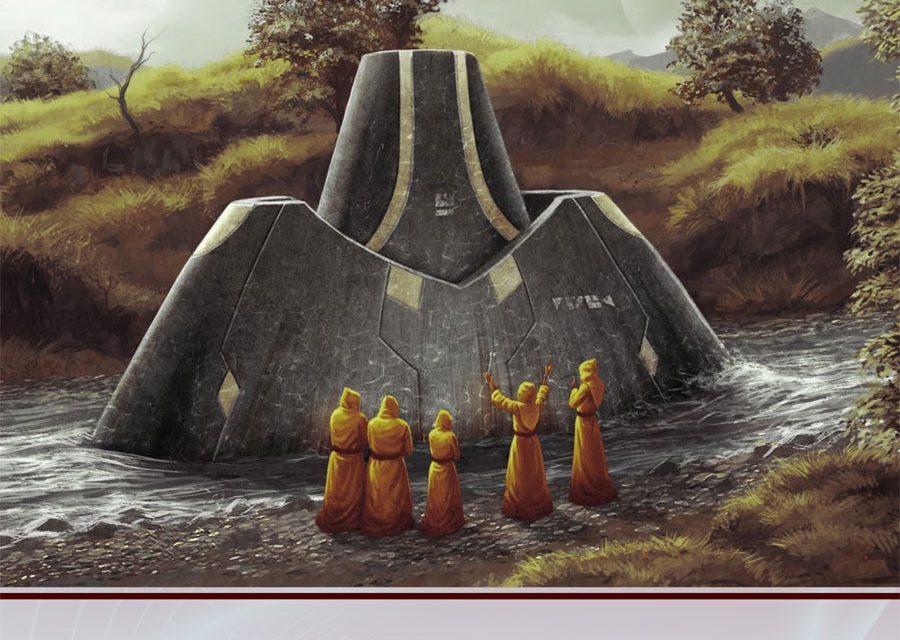 In an amazing burst of speed, mere hours after it was recorded, Play from Ponape presents the third part of our recording of a short adventure for Monte Cook’s Origins award winning Numenera RPG—Vortex. This time around, we introduce an old friend of ours to the game. Hugh will take over the role of Evanna, an NPC whose brother Shome we were rescuing from the Temple of the Vortex. Our dice rolls this evening fluctuate wildly—there are rolls of twenty and there are rolls of one.

As ever, Dave is our GM. The cast is as follows…
Louise: Maves, a Strong Glaive who Fuses Flesh and Steel
Mog: Gaulen, a Tough Nano who Controls Gravity
Pookie: Huongsem, a Mechanical Nano who Talks to Machines
Hugh: Evanna, a Clever Glaive who Masters Weaponry

Be agog as we penetrate deeper into the darkness within the Temple, get lost in the mysteries yet to be revealed, and like our gallant heroes, find yourself floored as you listen to our continued adventures!

The One Ring: Don’t Leave The Path Session 02a