Upon arriving at the Library, Toll gave the librarian the book that he had written and was granted access to the library. He immediately found a book on the Academy of the Arcane that had once been in the town and began to read it, while Kobort sat down to wait in the lobby of the Library. Gallandro and Lusipher, meanwhile, discovered that someone had either kidnapped or killed the sage earlier that morning, and found the symbol of the Draggeth Bahn etched in blood on the floor. After rifling through her office and discovering a magical rod, they left the sage’s home to look for the guard. In the meantime, Ralph arrived at the Furniture Shop, only to have a door slammed in his face by whatever spirit was haunting the place. After proclaiming that he could help the proprietor with his case, he nearly avoided sitting on a thorny chair, narrowing down that the spirit could only affect wood. After asking a few more questions, he decided to head to the library to retrieve the cleric Toll.

After alerting the guard to the problems with the sage, the trouble-seeking duo of Gallandro and Lusipher went and bought not one, but four maps of the city, canals, valley, and catacombs for a grand 4,500 gold. Afterwards, they decided that they were going to the Noble Ward to visit the bard Mialee. Ralph arrived at the library about the same time as Gwendon, who was returning from an errand. The four then went to visit the shopkeeper, to discover what was haunting his shop. After talking with him for a short while, then having to rescue him from his roll top desk (which closed on him) – the group sent him off to have a drink and calm down. Toll then cast true-sight and looked around, spotting the dryad sitting on top of a large oak wardrobe. It seems that some lumberjacks cut her out of house and home and she ended up here, making the shopkeepers life miserable. Toll asked if there was a way to help her, at which she gave him an acorn to take to the forest. Ralph, seeing a great business opportunity, told the group he would handle their payment, and went to find the owner Decius. Toll and Kobort left to see if Caeradwyn could help them get the acorn to the forest quickly, while Gwen took inventory of what was in the shop to her liking.

After a long conversation with Mialee, in which she gave the pair the advice of laying low until they understood what games were being played, Gallandro and Lusipher then went to the library, where they were then told to go to the furniture shop. After finding Decius in Perants Pub (Why walk when you can sway), Ralph ran a con all over the poor shopkeeper that his entire stock was tainted by the spirit and would have to go (to the party of course), as well as a permanent 30% discount to the group on future purchases. After agreeing to a 20% discount, they shook on the deal and Ralph informed Gwendon of the news before returning to Perants Pub for the nightly drinking contest. Gallandro and Lusipher finally caught up with Gwendon at the shop, and picked out the furniture that they wanted for their rooms. The three then returned to the inn for the night, While Caeradwyn, Toll, and Kobort flew to the forest to visit Acelia on Pegasi. Caeradwyn remained in the forest with Acelia while Kobort and Toll flew back.

While Ralph was practicing with his learning to sway and Toll and Kobort were returning to the land above, the rest of the group met in the inn for supper. During that time, Gallandro and Lusipher informed the others of the new enemy that the pair had accumulated. After the expected reprimanding by the rest of the party, it was decided that the group would have to start looking over their shoulders more often and maybe start setting up watches at night. Eventually, things calmed down. Misha, though she was disappointed at having missed a chance to go out drinking, decided that the others needed to know what was coming their way and went up to the land above to warn Toll and Kobort – joining them there for the night.

Gwendon got up early the next morning to go and arrange for the furniture to be moved the groups new home. Ralph, after stumbling out into the glaring sunlight with a massive hangover, headed to the furniture shop as well. His trip through the Lost Ward was behind a well-armed and armored Orc that was traveling to the People’s Ward. He took note of the Orc, and carefully made his way to the Lord’s Ward – avoiding as many loud noises as he could. On their way down from the Land Above, Misha, Toll, and Kobort witnessed a dual – with one of the duelists sprouting a rapier from a magical tattoo of a serpent on his arm. They found out that he had the tattoo done in the Lost Ward after he won the dual, and made their way back to the inn. The Orc that Ralph had noticed earlier arrived shortly after them and made his way hesitantly to the group’s table.

Then, with no real warning he grunted, growled, and drew his weapon. At first, the group was hesitant about attacking him, at least until he stomped a mud hole into Lusipher, striking him 4 times before anyone could react. Then the battle began in earnest, with Kobort stepping up and laying into the Orc with his mighty sword Brialyn. Not only did the Orc survive the assault, he responded with five massive blows in turn, nearly killing the Elven ranger in one brutal attack. The combined effort of the party succeeded in defeating the Orc, after which they hurriedly relieved him of his possessions – in case he got back up. The group then faced off against two mercenaries who had come into the inn during the fight, but Arlinde, who hired the mercenaries as bodyguards, called off the group. The bartender, who disappeared from the inn somewhere early in the fight, then returned with several guards in tow. Ralph and Gwendon arrived next, followed shortly by the Captain of the guard – the half-ogre Garl – who only arrived quickly because Ralph bribed a guard into getting him. The conflict was explained, with the group suggesting a “speak with dead” spell be performed, which apparently was news to the guards that the dead could talk. Eventually, the guards left, taking the body, weapons, and armor with them – though Ralph made sure to note that they would like the spoils in case no one claimed them.

After things calmed down, the group decided that the next step would be for Ralph, Lusipher, Misha, and Toll to go to the Bleeding Eye clan to make sure that someone did not control the dead Orc named Zarx, according the guard, and forced to attack the group. Meanwhile, the rest of the group would help move the rest of the furniture in the house before going out shopping for clothes for the “grand gala.” After talking with the orcs, it was decided that Zarx, the owner of the trade hall, did not intend to attack the group and that someone else had caused the combat. Seeking to nip this possible animosity in the bud, the group found out that House Breakspear – an aristocratic house of Mythrazel, owned the Bleeding Eye Trade Hall. Ralph then purchased a Bleeding Eye Shield and headed for the estate of House Breakspear in the noble ward.

Along the way, they met up with the other half of their group, who were being fitted for courtiers’ outfits for the gala. Misha stopped long enough to have her measurements done, before they continued to House Breakspear. Upon arriving at the estate, the group was allowed into the parlor to await their host. Lord Breakspear turned out to be a garishly dressed half Orc ‘aristocrat’, who agreed that the matter needed to be investigated. He informed the group that he would have his personal physician Pereth look into the matter. Thanking him for his time, the group left and did a little shopping themselves.

Later that afternoon, all of the group except Balin and Gallandro met up and went to a “Seafood” restaurant to dine. Afterwards, on their way back to the inn, a contingent of dwarves from the Brothers of Stone who wished a few moments of their time at the guildhall intercepted the group. Agreeing, the group was led to the Stone Ward and into the large palace-like guildhall of the Brothers of Stone, where they were united with Gallandro and Balin who had been retrieved by the dwarves already. They were then ushered into a large chamber filled with over 200 dwarves, Halflings, and gnomes – none looking too happy.

After barring the chamber and magically warding the area, guild representative Aolor explained the guild charter to the group and then introduced the Guild master to the group – a huge dwarf named Durdulis. Durdulis asked for the one from the group named Gwendon Asticanti to step forward. After she did so, the earthkin races in the hall formed rank upon rank surrounding the group and then all bowed as one. “Welcome back to your kingdom, Queen.” were the next words that were uttered from the dwarf’s mouth – much to the astonishment of the party. According to the dwarves, Gwendon bears the sword of the last queen and the name of the last queen’s mother. It is their belief that the last queen survived her disappearance 500 years ago and assumed her mothers maiden name to escape capture. Now her descendant has returned, sword in hand, to reclaim the fallen throne. That is the dwarfs’ belief at least – Gwendon, who actually found the sword back in the barbarian caves, denied none of which. The dwarves claimed ownership of the herald library and promised to stall the discovery of Gwendon’s heritage by the rest of the city.

In the meantime, they asked that Ralph change his name to a more suitable dwarven name and assume the role as king’s champion. They said that they could not provide such to the party without arousing suspicion – but they could outfit the queen and her champion. Magical Arms and armor were brought for the pair, and the Brotherhood of Stone swore fealty and that they would aid the group as best they could. In the meantime, they suggested that the group find somewhere to stay that was easily defendable – either the old keep or maybe the abandoned mage college. They asked that the party find the five pieces of the Septerra Core, the key to finding the lost mines and one which the party already had a piece of – although the dwarves claimed it to resemble nothing more than a dwarven workstaff. Once they had the key, the door at the bottom of the watchtower in the southern part of the valley could be opened, leading the way to the mines of Ferentain.

Eventually the meeting broke up, and the group went their way, with some attempting to get better weapons while the others decided to check out the magical tattoo shop in the lost ward before going out to celebrate. 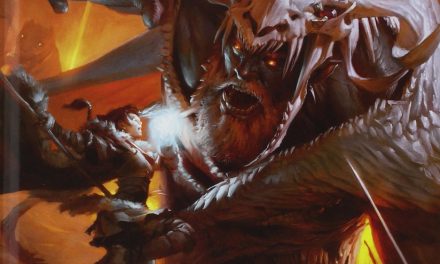 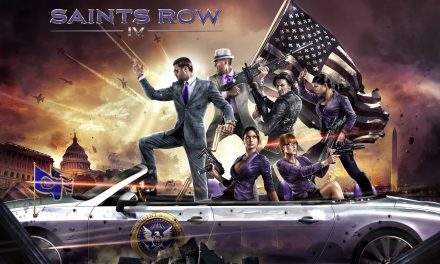